Are you dangling your participles? A misplaced modifier can make you an accidental comedian.

A dangling modifier is a word or phrase that modifies a word not clearly stated in the sentence. A modifier describes, clarifies, or gives more detail about a concept. 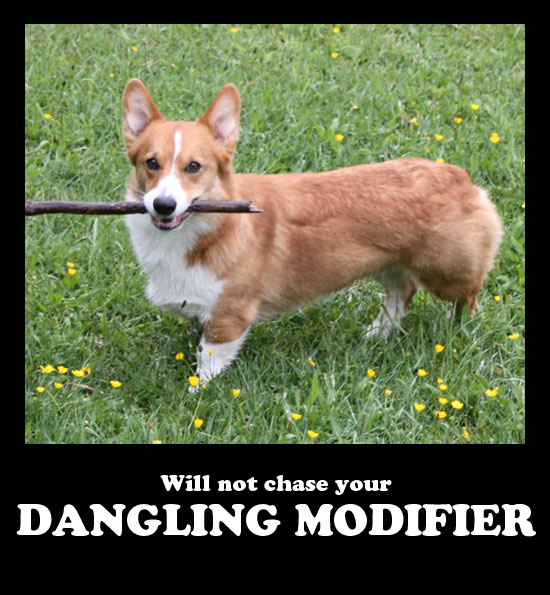 Think of modifiers as arrows shot from a bow, and the words they describe as bull’s-eyes. For clear, logical sentences, writers aim modifiers so that they strike as close to the intended targets as possible.

Sneering with superiority, Roland drank iced tea from a crystal glass that sparkled in the afternoon sun.

Sneering with superiority, a participle phrase, describes Roland, the noun right after it. That sparkled in the afternoon sun, a relative clause, describes glass, the noun in front.